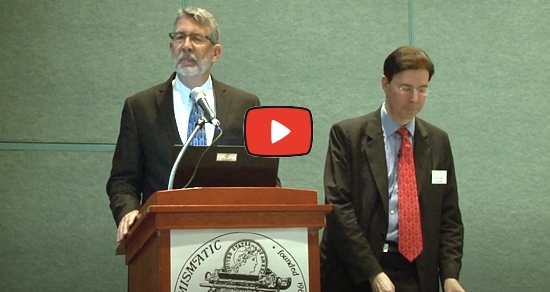 Several of you have asked when the NLG Awards will be announced.  Under normal circumstances, the Awards would have been announced on August 6 at the NLG Awards Ceremony in Pittsburgh, PA during the ANA convention, but, as you all know, that has been cancelled.

Rather than just send out a list of the winners by email, the NLG arranged for Charles Morgan of COINWEEK to produce a video presentation announcing the winners.  That project is underway as we speak and, as soon as it goes online, you’ll be the first to know so that we can all watch it together…and in the future.  COINWEEK has a very large audience and I believe that more people will view this Awards Ceremony than ever before.  That includes people who may have never heard of the NLG or what we’re about.

David Lange, our Awards Coordinator, has done a fine job of arranging the contest this year and has forwarded the list of winners to Charles.  I haven’t seen the list, so I am as excited as you are to watch the video and celebrate our great writers.

Just as always, the winners will be receiving a plaque to memorialize their accomplishments.

Best wishes to all.