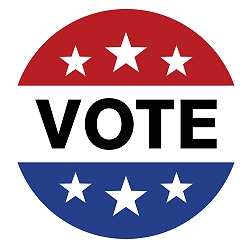 It’s time to exercise one of your most important rights as a member of the Numismatic Literary Guild — that of choosing a new slate of Directors to guide the NLG for the next two years.

You will be choosing five Directors from the following list of eight candidates (in alphabetical order by last name):

HOW TO VOTE: Reply to this email with your choice of FIVE candidates from the above list.  If you choose more than five candidates, your ballot will be voided, so please CHOOSE ONLY FIVE.  All votes must be received by midnight PST on Tuesday, July 14, 2020.  The votes will be tabulated and the winners announced shortly thereafter.  Only members in good standing may vote, so please be sure to have paid your dues and that your membership is current.

BOB FRITSCH
I, Robert F. Fritsch, am running for the Board of the Numismatic Literary Guild (NLG) to represent a segment of our membership that has had little voice in the conduct of this organization – the non-professional.  Our wonderful hobby is full of numismatists who do what they do out of dedication to an avocation which they love.  They collect things, they write about them, they create and deliver presentations, they edit newsletters, all without thought of recompense except the feeling of a job done well and passing knowledge to our community.  Everyone who puts pen to paper or finger to keyboard deserves to have their labor recognized, but these amateur hobbyists stand little chance to be awarded while competing against those who do it for their livelihood.  I seek to level the playing field by reinstituting the Non-Professional Awards to each category of competition (I know we used to have them because I won one in 2008).  Another goal is to attract more amateur authors, presenters and editors to our membership when they know that they have a voice on the Board.  A third goal is to support and assist the Executive Director in improving communications within the Guild.  I ask for your vote in the upcoming election.

Robert F. Fritsch (Bob) of Nashua, New Hampshire has been an active numismatist for over 50 years.  Starting with collecting pocket change while stationed in Japan with the US Navy, his collections grew as he traveled around the world.  Upon retirement from the Navy, he became interested in and collected various medals, ancient coins, Mardi Gras Doubloons, banknotes and anything else that sparked his interest.  Always on the quest for knowledge, he started joining clubs to learn, but found that providing support and leadership was just as important.  Bob is currently a member of 55 clubs, has served as President of six of them and on the boards of many others.  He is an award winning author, exhibitor, exhibit judge and speaker.  His numismatic library comprises over 1000 volumes (counting auction catalogs) and a vast array of periodicals.  Two books are currently in the works – an International Quiz Book, based on a recurring column for one of his clubs, and a catalog of the works of Antoine Bovy, a Swiss/French medalist of the mid-19th century.  He says his greatest collection is all the numismatic friends he has met over the years.  Bob is always looking for new challenges and places where he can make a difference.  It is little wonder that numismatics is “the greatest hobby in the world” to him.

DONN PEARLMAN
Donn Pearlman is President of a Las Vegas-based public relations company. He previously was an award-winning Chicago broadcaster and journalist, and author of four books, including Best Buys In Rare Coins (Bonus Books, Chicago, 1990). He served two terms as an American Numismatic Association Governor (1989-1993) and served as Numismatic Literary Guild Interim Executive Director (2017-2018) following the death of long-time NLG Executive Director Ed Reiter. Pearlman also served on the Board of Directors of the Better Business Bureau of Chicago & Northern Illinois (1990-2003). Among the many honors he has received are the NLG Clemy Award (1984), the ANA Farran Zerbe Memorial Award (2015), and the Professional Numismatists Guild Lifetime Achievement Award (2018).

MICHAEL SHUTTERLY
Objective: If the members of the NLG select me as a member of their Board, I will work to build and strengthen our Guild by increasing membership and by energizing members to be more active.  I would try to accomplish this through participatory programs and activities that will draw in members (current and prospective).

Numismatic Author: Dozens of articles published in numismatic publications, many published as featured cover stories.  Numismatic literary awards include: Numismatic Literary Guild award for World Commercial Magazines – Best Column (1988), for series “Coins of Byzantium”; the ANA’s Prue And Arthur Fitts Literary Award for Ancient and Medieval Money Studies, 2nd Place for 2018, 2019 and 2020 (every year in which the award has been given); the Numismatic Bibliomania Society Award for Best Article by a First Time Author (for first article published in The Asylum).

Numismatic Educational Activity: Have been invited to speak and have delivered presentations on various numismatic topics at the ANA World’s Fair of Money, at the ANA National Money Show, to the Richmond Coin Club, to multiple adult continuing education functions, and to students in school.  Have also attended the ANA’s Summer Seminar in 2016, 2018 and 2019, each time on scholarship.

BARRY SUNSHINE
Hello, my name is Barry Sunshine and I am running for NLG board member. To start, I am not a dealer, but I am a lifetime coin collector. I have been a collector since 1968 when I was 9 years old. When I started collecting, it was the thrill of the hunt that excited me. In high school and college, I bought and sold coins and that allowed me to make enough money to graduate college debt free. Today, I am still collecting coins and what thrills me are the stories coins can tell. Oh wait, coins cannot speak, so I get great enjoyment telling those stories for coins.

Some recent accomplishments for me in the coin field is being an integral contributor that brought to life the Early Dime book that won NLG Best Specialized Book of the year a few years ago. Also, I was a contributor to Mega Red 4th and 5th editions where I wrote about Early US dimes and quarters. I am an active member of the New York Numismatic Coin Club and JRCS and enjoy talking with my fellow collectors and dealers. Many of my coin friends, I consider dear friends and we love talking about coins and how we enjoy our coins. For these reasons, I enjoy attending coin shows so I can meet my friends and hear their coin stories and what drives them to coins. My passion for coins has rubbed off on my son and he is a full-time coin dealer.

MEL WACKS
Mel Wacks has been a collector of U.S. coins and patterns, ancient Bible coins, and the coins of modern Israel. From 2002-2020, he has been president of the American Israel Numismatic Association. He is on the board of directors of the American Medallic Sculpture Association, and director of the Jewish-American Hall of Fame (which has raised a quarter of a million dollars for various non-profits). He has written press releases for numerous leading coin dealers and a couple of countries. Mel loves the NLG and wants to see its membership grow to include editors of club newsletters, writers of numismatic blogs, all staff members of numismatic publications, writers of research papers, overseas as well as in the U.S. He would also like to see the NLG Bash return ― with members singing, doing routines, etc. Let’s have a little fun again. Mel is a Fellow of the ANS, and the recipient of four NLG awards.

DOUG WINTER
Doug Winter, president of Douglas Winter Numismatics in Portland OR has been a member of the NLG for well over 20 years. He is well-known as an expert on US gold coinage and he has written the standard references on Carson City, Charlotte, Dahlonega and New Orleans gold as well as on Type I, Type II and
Type II Liberty Head double eagles. His website raregoldcoins.com contains hundreds of articles and blogs on US gold and coin collecting.

Good luck to all the candidates.

I look forward to receiving your ballots.